There are numerous benefits of abstaining from alcohol: better quality of sleep, improved skin condition, weight loss, and generally a healthier you, not to mention the extra money in your pocket.

Did you know, the average person in Britain spends almost £50,000 on alcohol during their lifetime.

“The average Brit spends £49,581 on booze in their lifetime, according to new estimates by Macmillan Cancer Support”

“1.3million Brits spend more than TRIPLE that, shelling out £167,000 on liquor during their lifetime” 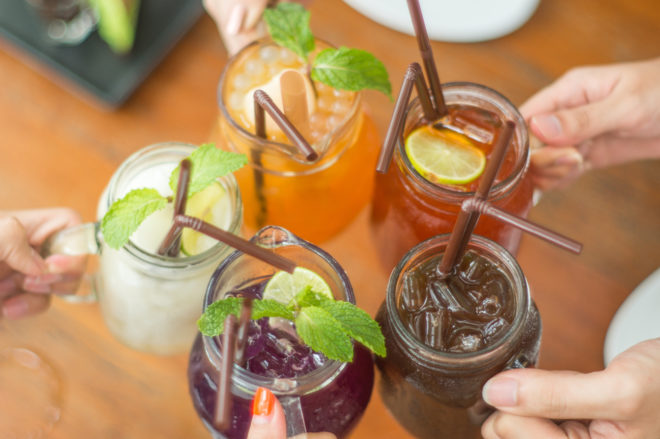 With all the health risks surrounding alcohol consumption, it’s not surprising that Dry January has become so popular.

According to a YouGov poll, 3.1 million people in the UK are taking part in Dry January this year.

With this in mind, I thought I’d compile a list of some of our favourite mocktails and soft drinks.