When it comes to food-related fun holidays, there are lots to choose from, but “Popcorn Day” has got to be one of my favourites.
Just grab yourself some Corn kernels, add heat, and voila – you have yourself a delicious, tasty snack, better known as popcorn.

Popcorn originates from the Americas, Mexico to be precise, as far back as 3600 BC. And there is evidence all over central and South America of its use as a food and as a decoration.
The very first commercial popcorn maker was introduced to the streets of Chicago in 1885, where street vendors would sell it to people as they came out of movie theatres. And so the film and popcorn partnership was created, and still stands stronger than ever 130 years on. 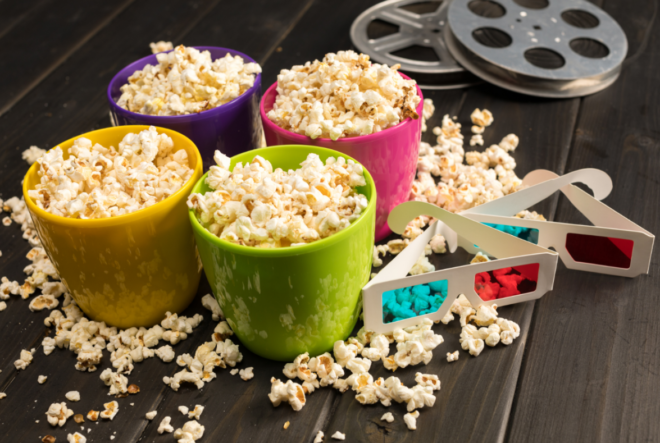 Popcorn is a very popular snack in America, the UK, and across the rest of the globe.
According to an article I read in the Guardian, the UK spends over £152 million per year on popcorn; making us the second biggest popcorn eaters in the world.
Popcorn is still often made at home (Just look at the vast amount of popcorn makers that are sold each year), but even more so, it’s bought ready-made in shops all around the world.

Here, you will find a selection of some of our favourite popcorn producers and retailers

Popcorn Day is celebrated on 19th January each year, and the best way to join in the fun is to grab yourself a bag of your favourite flavoured popcorn (personally I like a mixture of sweet and salt) and spend the evening chilling out at home with your favourite movie. Alternatively, you could head out to the cinema and see what cool new films are out. There are various national cinema chains to choose from (Odeon, Showcase, Cineworld, Vue )  and also some fantastic independent cinemas.

Here is a selection of our favourite Independent Cinemas

2 replies on “Our Love Affair with Popcorn”

What about http://www.popcornshed.com
So good!

Yup.. Popcorn Shed be a famous brand of UK. Must try vegan popcorn