‘It’s the movie stars, the music, Louis Armstrong, Sinatra, Elvis Presley, James Dean,’ says Sting to sum up his new album. ‘But it’s a love letter that says, “Don’t destroy this dream,” because it’s a dream the whole world shares. And if the American dream dissipates, there is nothing to replace it.’ 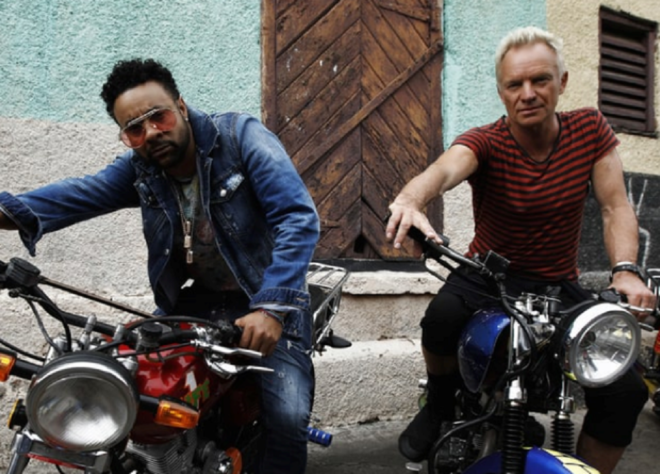 The former lead singer of the Police (and multi-award winning solo artist) has been making more music. Two years since ‘57th & 9th’ his newest offering is just around the corner. Out in just a few months’ time, the album is called ‘44/876’ and is written in collaboration with American singer and DJ Shaggy.

Due to be released in April of this year (2018) it is a uniquely untamed weave of reggae and melody that will appeal to anyone with, well, ears. If you don’t believe us, take a hike to YouTube because the pair has already released one track from the album, called ‘Don’t Make Me Wait’… and it is a feast for the soul.

Regular lovers of such a fusion will know that getting right the mix is a tough one. Tiny things make us unhappy; sometimes the balance of colour, sometimes the lyrics, sometimes the voice. No-one knows how hard it is to sell a diametric alliance more than record companies, but Sting’s latest press release quells our fears with a slap in the face.

‘44/876, [that] reflects the duo’s mutual love of Jamaica – its music, the spirit of its people and vibrancy of its culture,’ he wrote on his website.

Sting is known for his long-term love affair with the Jamrock: its people, its customs and its food and drink. When The Police first formed in 1977 they wrote music which was heavily influenced by punk, reggae, and jazz, and Sting’s solo work claimed much of its content from Jamaican culture.

Thus, Shaggy’s own enduring association with the island perfectly lent itself to a partnership that would soon turn into a friendship. And by all accounts, their studio time involved far more pleasure than work. ‘From a fridge,’ writes Jonathan Ringen for Rolling Stone Magazine, ‘Shaggy grabs a bottle of Ting’ and soon afterwards adds rum.

With that in mind, we know the perfect way to enjoy the album come springtime: get hold of Jed Davies and tell him you need his Contain-a-Bar (Britain’s mobile pub), expressly adding that it should be stocked with plenty of Ting and rum! 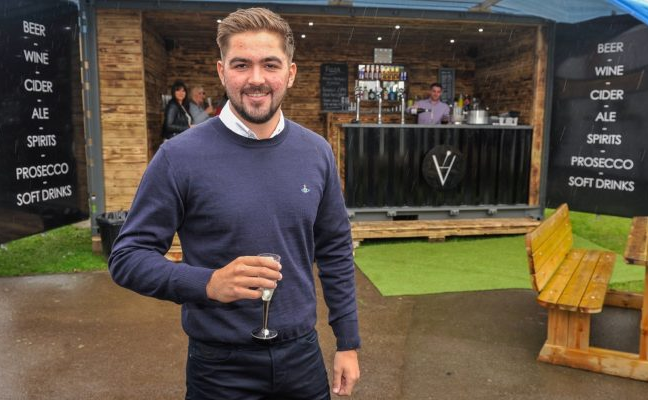 Perhaps the recipe for a great collaboration is friendship. For when the efforts of friends are brought together it is the truth of their product that shines through.  44/876 isn’t just another album; it is the result of a welding of cultures and colours. As such, it goes beyond merely ‘good music’. It is a true fusion. 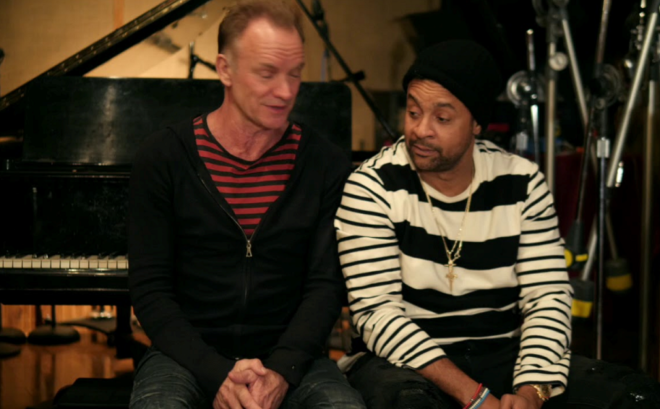 To the unbelievers who consider such a mix too hard to bear: listen and learn. If we don’t break convention we are left with convention. Sting’s words to Rolling Stone should, at the very least, tempt you: ‘The most important thing to me in any kind of music is surprise. And everybody is surprised by this collaboration – by what they’re hearing. We’re surprising.’

And to all ye who stomp with impatience: be patient! 44/876 won’t be officially released until April 20th this year. However…

…the best things come to those who wait.