On a late autumn day, a shiny shipping container lands with a gentle thud in the grounds of a pub in Sharnford, Leicestershire. But this is no ordinary shipping container; it is fresh, canny and resolutely forward-looking. In fact, to drop onto the back lawn of The Bricklayers to a fanfare and a burst of dry ice would have been quite fitting for such a champ. 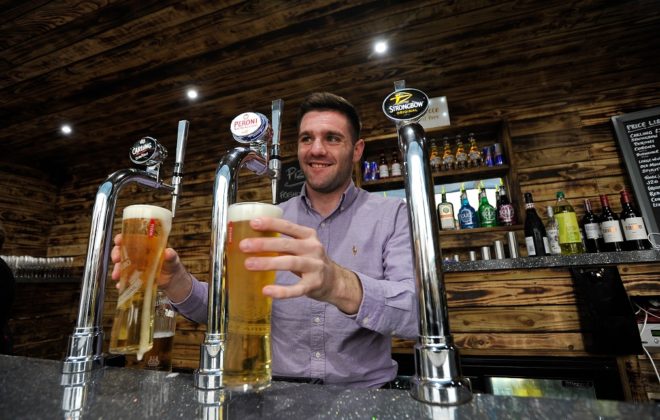 The printed word can do no justice to what we see… but it is worth a shot! For what has arrived is, if we are being profound, the jewel in the crown of a new business called Contain-a-Bar: an infinitely mobile, fully-stocked bar imaginatively transformed from its previous life as a shipping container.

Today it will be the centre of attention: we are at the Contain-a-Bar launch event. Along with the bar comes 21-year-old owner Jed Davies and James the Barman, who serves a wide selection of wines, spirits, ales and chilled beers, all hand-picked by the customer, all in stock (yes, there are three double chilled taps for the extra cold pint). 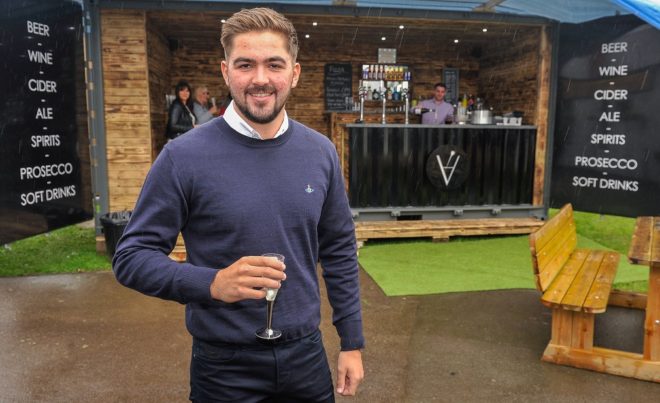 Contain-a-Bar’s pride and joy may be there to be officially unveiled but Jed is already booked for private functions and dry rentals by pubs looking to extend their bar service. We quickly learn what these new customers know: anywhere that doesn’t have enough facilities to cater for parties can be complemented with the addition of the magical mobile bar, and somehow will feel more complete.

The booking was easy; the delivery easier. If he is supplying the drinks Jed won’t even charge container hire. We learn that one call to his Leicester headquarters is all it takes to be supplied with a comprehensive menu of drinks to choose from, all at lower-than-usual prices. Setting the date is the only other thing to do. 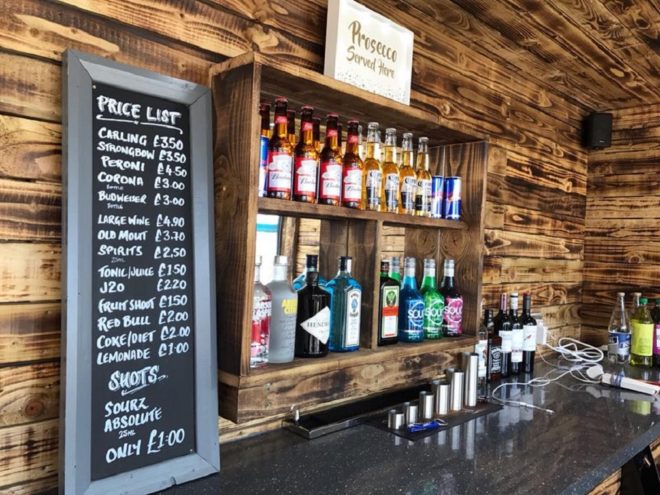 We see the menu includes popular draught lagers such as Stella and Grolsch, some excellent ciders including Thatcher’s and Aspall’s, then stouts, spirits, liqueurs, wines, five types of champagne and two types of prosecco. What more can be asked of any grounded bar?

Jed is one of a growing number of young and successful British entrepreneurs whom are talked about proudly. He has worked these last three years for his family-owned shipping container company based in Sharnford (11 miles from the official dead-centre of England). With this in mind, it seemed only a matter of time before his inventive spirit hit on the unique concept of the mobile bar. 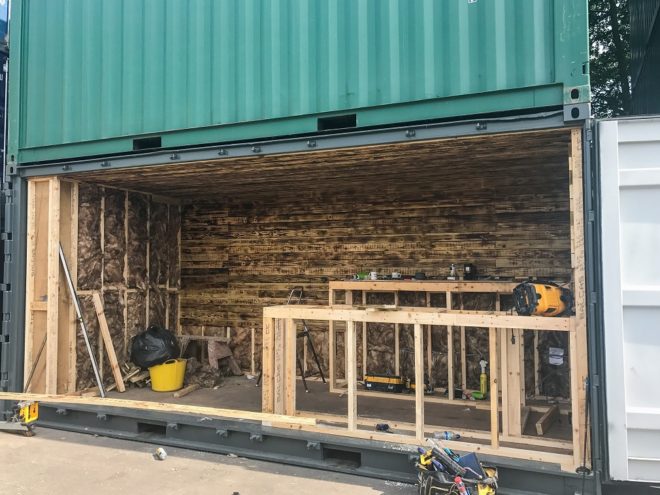 With a city of containers for a workspace, he soon realised that one container could be put to a more curious use than transporting rubber ducks from China. Something altogether different was the plan, yet affordable and practical. He promptly chose a container and set about creating an extraordinary space.

Cue: Contain-a-Bar. The self-contained, stunningly designed mobile bar and its service provided to the entire country. And that’s not hyperbole. There is nowhere Jed won’t consider delivering his bar (and James the Barman) to. For where there is space, Contain-a-Bar’s container is, in Jed’s words, “dropped off, hooked up to electric and good to go.” 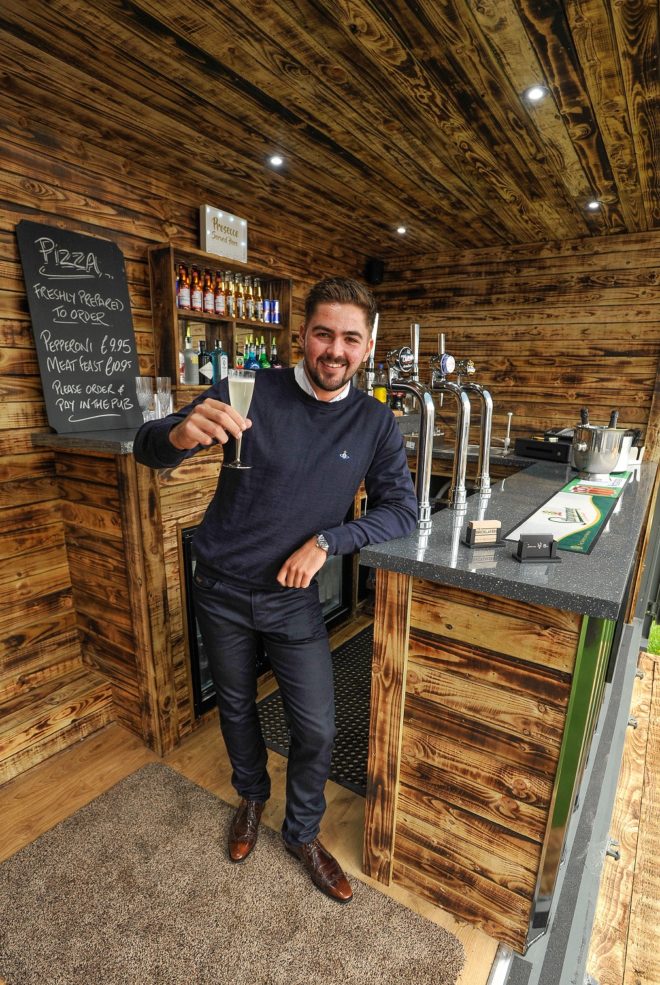 Having begun his business in September this year (2017) Jed’s outlook is understandably sanguine: Contain-a-Bar will either work or it won’t; although he is quietly confident it will and some people have already expressed interest in its use for the upcoming year. His un-flurried attitude to “taking things as they come” is no bad thing, for so often the over-wrought beginning of a new enterprise is dented by staunch competition, insufficient capital or poor location.

From an outsider’s point of view, it is clear though that Jed is focussed on making things work and is not content to sit around. This, with the backing of his family and friends and the originality of his venture, can only mean that Contain-a-Bar will grow, and fast; which spells good times for those of us looking to hire the service.

The bars come in various sizes – 10-ft or 40ft – and are either manned or unmanned, stocked or not. It takes around two hours for the chillers to properly cool but as soon as the container is in place drinks other than chilled beer are immediately ready to serve. Virtually any flat land is fair game as long as there is suitable access for the lorry. At The Bricklayers in Sharnford the bar was up and running in no time at all.

Once in situ and the doors are opened, the notion that it is a shipping container vanishes. Modernity has been mixed with elegant touches to brilliant effect. The floor-to-ceiling wood panelling inside gives the impression of a rustic – and slightly quirky – alfresco pub. On the backs of the doors, attractive signage draws the eye towards the contents of well-stocked bars befitting of any occasion and any location. 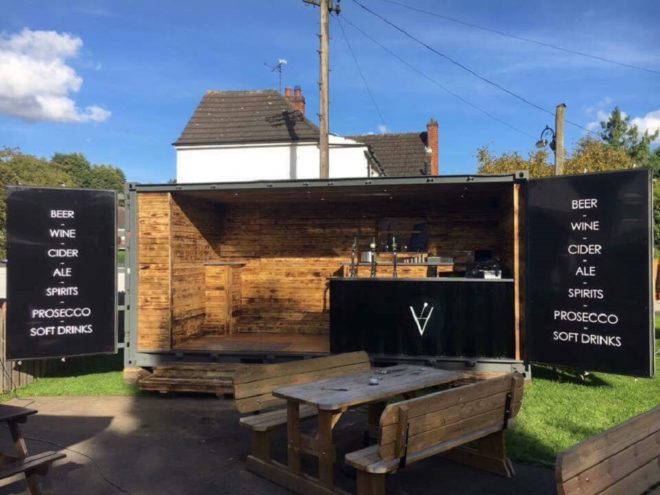 In fact, any occasion and location is the title of Jed’s future plans. Contain-a-Bar is not only available for private functions but so too is it a much-sought-after addition of other businesses looking to extend their bar facilities: a pub hoping to take advantage of good weather and wanting an additional watering hole, for instance, or a business convention offering a welcome open-air tipple to distract from the drudgery of double-glazing composites.

Anyway, those are the future plans, and with growing interest and bright prospects Jed hopes that summertime won’t be his only “busy period”. If he can also corner the ad-hoc pub needs of such events as winter markets, village fetes, music festivals and open days Contain-a-Bar will eventually turn into an all-year-round concern. 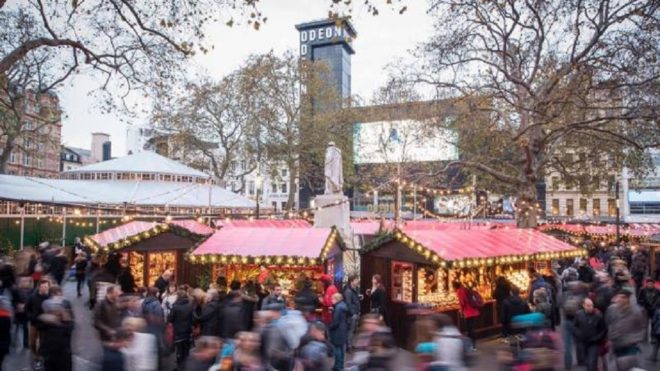 He may feel at the moment chilled out about the new venture but that is not to say that Jed isn’t the epitome of a hardworking man. Having devoted much of his time to the family business, to suggest such a thing would be plainly unfair.

There have been a few Jed-moments, naturally. A sprinkling of occasions when work is on the back-burner and Jed comes first. Rounds of golf are then the order of the day, and on occasion, skiing trips to Europe with a group of friends. 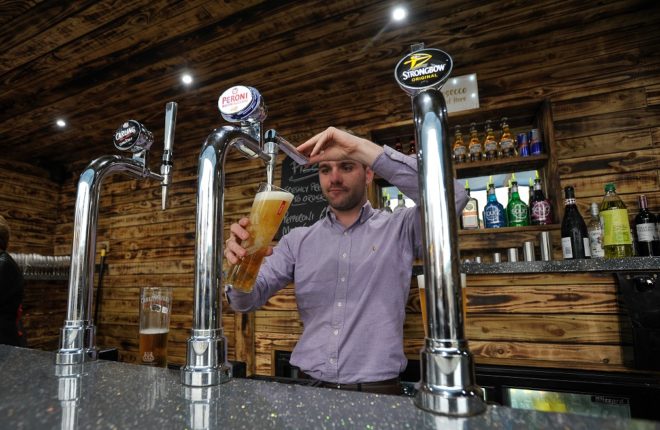 But as Contain-a-Bar heads towards 2018 things are going to start getting busy. And Jed is excited by what is to come. His hope is that increased publicity will spike the business… and who’s to say it won’t?

But by his own admission getting the word out is a tall hill to climb, and advertising in today’s online market (even with perhaps the slickest logo around) is no mean feat. Sensibly though, Jed’s focus will be more on word-of-mouth recommendation, which seems to work best for others involved in event management.

In time, what will be shown to have won over the general public and businesses alike is the quiet energy of Jed Davies and his way of putting others at ease; aspects that cannot be ignored. With the bonus feature of a wise head on young shoulders, his faith in Contain-a-Bar as a saleable product is not set to weaken anytime soon.