If a nation’s favourite food is the way to its heart then the pretzel is the route to America’s soul. On the 26th April 2018 in a quiet corner of just about everywhere, the snack in all its shapes and flavours will be honoured with National Pretzel Day. God forbid you should say you’re not a fan. 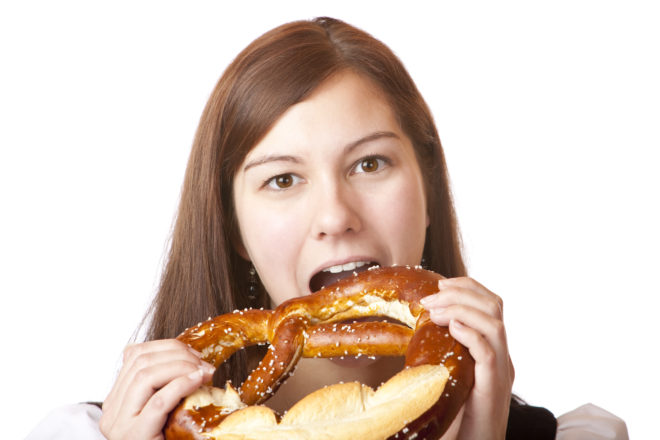 Probably unknowingly a German monk lit the fuse to the pretzel craze in 610 AD. He mixed pieces of dough and shaped them to look like his pious friends’ arms crossed over their chests. Once cooked, he gave them to the good kids for saying their prayers and he called the bread ‘pretiola’, which means ‘little rewards’. The bad ones probably just got a scowl.

German immigrants came to the United States in the late 18th Century and mainly settled in Pennsylvania. They brought with them the recipes of these little rewards and started to sell them to the locals. The ‘pretzel’ as it became known was soon the State’s cuisine and the city of Philadelphia rose up as the pretzel capital of the world.

Turns out that the early success of the snack was due to the arrival of high-production machines amid the industrial boom of the late 1800s. Imagine it. Pretzels started to be made with furious speed and were soon on sale at every school, movie theatre and corner shop in the State of Pennsylvania. What’s more, they were cheap, shareable, and yummy. 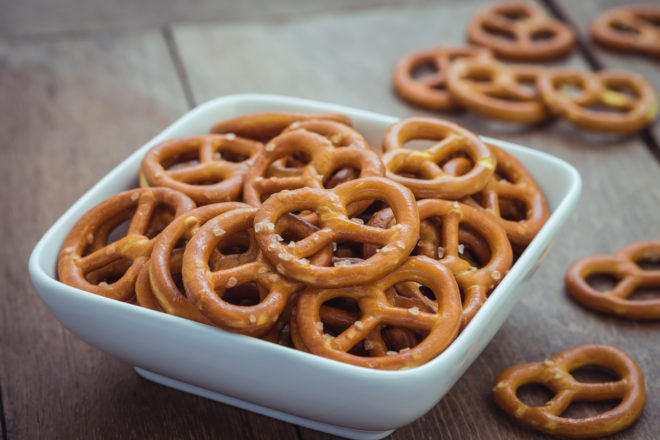 Noticing the success of the pretzel, other states began to make them. Then popularity grew not just in the United States but around the world. Pretzel-making is still more frenzied in Philadelphia than anywhere else: the city produces 80% of the nation’s pretzels. In 1983 the then Pennsylvania senator Robert S. Walker declared April 26 to be National Pretzel Day as a nod to the importance of the pretzel to the State’s history and growth of its economy.

Our Side Of The Pond

To fall in love with a pretzel isn’t as hard as you may think. Everyone is doing it, even the Brits. It’s a perfect snack size and can be filled with all sorts of stuff. And snack food is so common now, particularly with the younger and the trendier. When you’re hungry under pressure the subtle little gem can’t be underestimated. 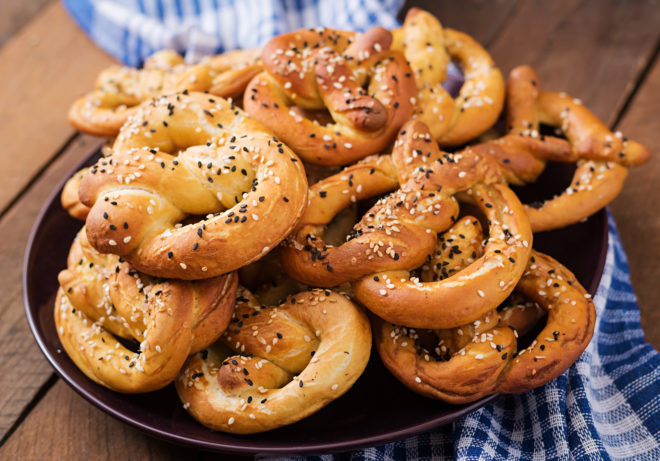 In Europe, snack-food pretzels… the hard and titchy variety… are usually sprinkled with salt, sesame seeds or cheese. In the States, they come coated in an array of things like yoghurt or strawberry sauce or mustard. Chocolate-covered hard pretzels are uber-popular at Christmas time (no, you can’t, not for another eight months. Oh, actually, why not?).

Pretzels in the East Midlands

Visit your local pretzel outlet this side of the pond and join in the celebrations. If you’re local to the East Midlands you’ll find Auntie Anne’s at the Highcross Shopping Mall in Leicester, and at the Broadmarsh Shopping Centre in Nottingham.  There’s a Mr Pretzel (Delicious freshly baked, sweet and savoury pretzels, pop in and try one!) at the Highcross too. Any of them will gladly show you what all the fuss is about. 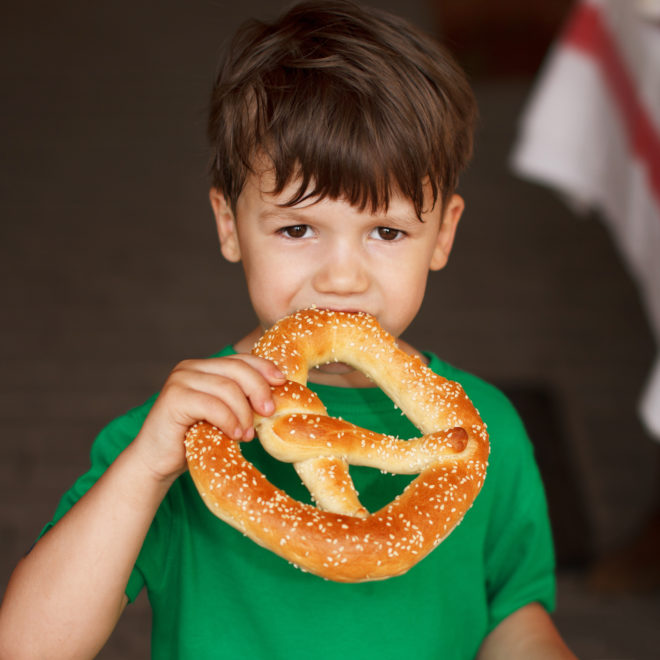 Pretzels are a quick and great tasting meal. You know the sort of thing: a nutritious alternative to clichéd, high-calorie fast food. Celebrate National Pretzel Day 26th April 2018 in style with the famous mini-meal and all its trimmings. Just remember what US President George W Bush said in 2002: ‘When you’re eating pretzels, chew before you swallow. Listen to your mother’.