The 22nd of May 2018 is World Goth Day. Not a celebration of the blonde-tressed hunks that invaded 5th Century Europe, but of a British sub-culture that fled the mosh pits of the 1980s. World Goth Day is when we devote some headspace to a creative and wholesome side of our national identity… and it mustn’t be missed!

Perky post-punk bands such as Siouxsie and the Banshees, Joy Division and The Cure were among the first to develop and shape today’s Goth. The transformative subculture (the name was originally just a description of the music) has not only endured far longer than others but has continued to diversify and spread across the globe. Some people just can’t get enough of it.

Goths are undoubtedly influenced by the literature and horror films of the 19th and 20th Centuries. But that doesn’t mean they’re totally morbid. In fact, they are known to be hard-core romantics and idealists (ok, cynical idealists) at heart; lovers of the shadows, haters of the sun and a people for whom liberalism and open-mindedness are guiding tenets. The Goth scene of the 2010s revolves around music festivals, clubs and communities and it bends its knee to no-one.

The long hair (dyed black or deep red), pale faces and hefty black clothes may typify a Goth on the outside but what is found within truly defines their identity: ‘They are refined and sensitive, keen on poetry and books, not big on drugs or anti-social behaviour,’ wrote the BBC in 2006. ‘They have an ability to express their feelings and are believers in romance rather than one-night stands, it says. In fact, the only things dark about them are their clothing and their sarcastic sense of humour.’ 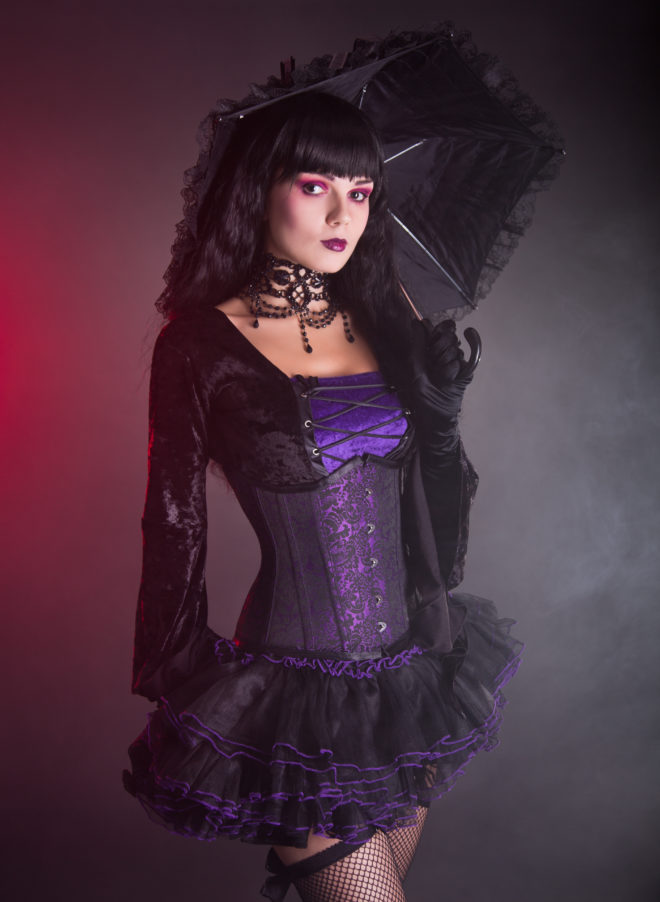 World Goth Day started in the United Kingdom in 2009 after BBC Radio 6 was tasked to come up with ideas to celebrate various musical subcultures. The strong and bottomless undercurrent of the UK’s Gothicana was the most obvious choice for DJs Cruel Britannia and Martin Oldgoth to tap into, and the 22nd May was soon fixed as the Big Day.

Today, World Goth Day celebrates all of the Goth landscape, not just music: art and fashion are also exhibited in extraordinary and imaginative ways. And the date is now acknowledged by Goths in almost every country of the world, including the United States, South Africa, South Korea and Japan (where a special type of frizzy Goth culture is mainstream). 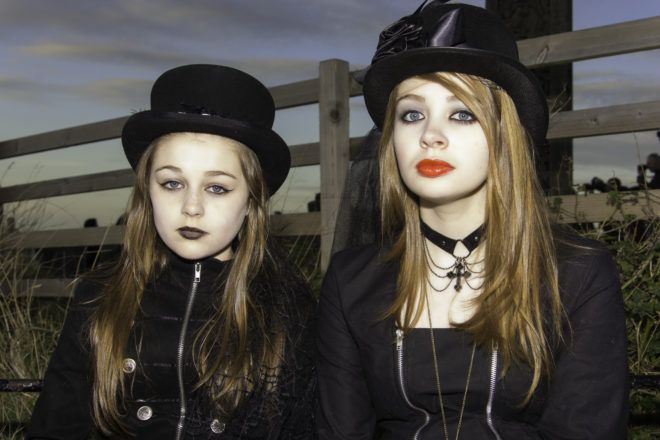 Of the UK’s commemorations, Whitby Goth Weekend (27th – 29th April) is just one festival of the exotic world of the Goth. Primarily an open-air concert it also hosts markets, bars and eateries. The bulk of Whitby’s live music usually takes place on the Friday and Saturday evenings from around 8pm to midnight. How will that add to your life satisfaction score? Why not go along to find out?

There’s no getting away from the fact that Goths are still viewed by some with a sort of un-sunny scepticism. But in reality, the subculture is extremely open-minded, calm and tolerant. On the 22nd May head for your underwear drawer and dig out that The Cure album you stashed away years ago. Then let yourself fall under the spell of World Goth Day and luxuriate in death fantasies. We swear you’ll feel fantastic.

We’ve put together a list of all  the very best Goth Merchandise, Events, Games, Music, and Icons!