Nottingham is a wonderful city, it may not be the easiest place to find a parking spot, but it does have some outstanding architecture and brilliant shopping. What most residents and visitors of Nottingham may not already know about though, is that there is a whole world of interconnecting caves running right below our feet!

The 544 original sandstone caves under Nottingham’s bars and streets are full to the brim with history, and whilst some may be spooky and have rumours of ghosts living down below, there are always opportunities available to visit and explore them yourself. 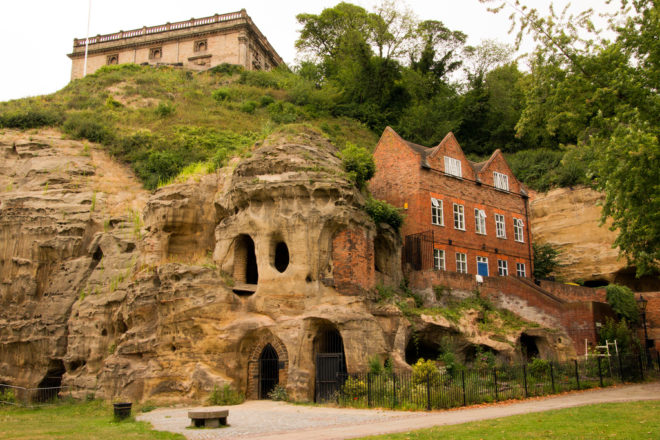 In 1330, King Edward III and a group of other conspiracists crept through a secret tunnel into the city’s castle and took prisoner Roger de Mortimer, a man who had until then effectively been England’s ruler.

The tunnel later became known as Mortimer’s Hole. The ambush was made possible by the city’s network of man-made caves within the sandstone rock.

The caves are believed to have existed for as long as Nottingham and as far back as 868, a Welsh monk named Asser referred to the settlement as Tig Guocobauc, which means “house” or “place of caves”! 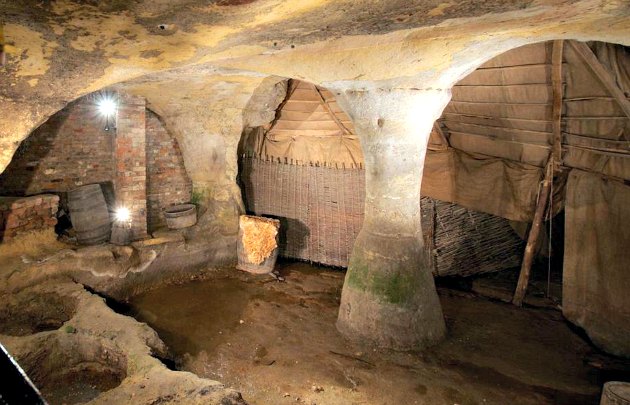 Despite the 1845 Enclosure Act, which made it illegal for people to live in caves within Nottingham, many still had to find somewhere to live as some of the poorest residents of the city used the caves as shelters.

Before this act, there were hundreds of people living below Nottingham city, and due to the poor sanitation, slum-like spaces and the overcrowding issues, diseases such as smallpox and cholera spread fast through the families living in the caves.

Today, the underground passageways are mostly open to the public as the City of Caves, a brilliant and historic tourist attraction for children and families.

As for children back in the 1500’s, life wasn’t as it is today. Boys and girls from the ages of 8 upwards worked and lived in the caves stripping animals of fat and flesh for residents of the castle, due to this toxic process they’d have to go through every day, it made most of the child workers immune to the bubonic plague.

Nottingham’s caves are still being discovered

To date, there are 544 known caves, but that doesn’t mean there aren’t more to be discovered, up until just recently there were only 543 but a property developer from Nottingham discovered another cave underneath his 150-year-old Tudor building, which was once used as a cellar or wine cooler.

Now, when caves are discovered, its usually much to the property owners delight, as it’s just another bit of land they own, in which you can build anything from bars to pantries.  The number of caves still unrecorded or discovered could mean that there are another 100 or so still sitting there, unused… interesting! 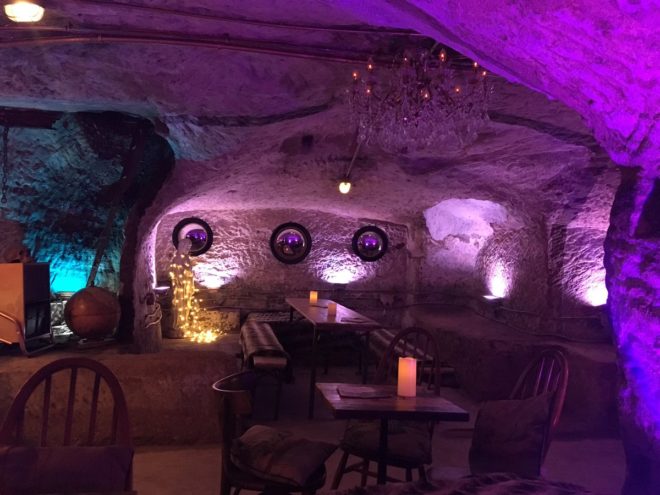 The City of Caves attractions and tours

Today, we can take our family and friends to explore the city of Nottingham with various experiences, one being the National Justice Museum and others being tours of the caves and dungeons.

The family attraction that is now the City Of Caves was made possible thanks to the soft Sherwood Sandstone beneath Nottingham that allowed hand-carved cellars to be excavated and used as storerooms, factories, pub cellars, dwellings and even air raid shelters.  Most of the caves remain in private hands, and some were destroyed over time by various city developments.  This journey back in time begins with a descent into the dark, dank Brythonic and Anglo-Saxon tunnels, leading to original medieval wells and cesspits.

Archaeologists are still investigating the maze of tunnels to see where they lead and discover new vistas within our family attraction, listed here are two experiences you can have in Nottinghams very own City of Caves: