Mangobean has firmly taken root on Division Street in the heart of Sheffield. If you know Sheffield, even just a little, you’ll know this road to be at the heart of the reimagined Steel City. With its quirky little independent shops, bespoke diners and jewelers it is but a whisker away from being Sheffield’s answer to Carnaby Street, W1 (all it would take is a vintage record store).

The arrival of the franchised chain at such a well-trampled thoroughfare was lauded back in November 2017. For the city’s students, rebels and businessniks its coming was as welcome as a Sourz fountain at an Essex wedding party. As an added benefit it even slid gracefully into an outlet space which used to house a ‘private’ shop. 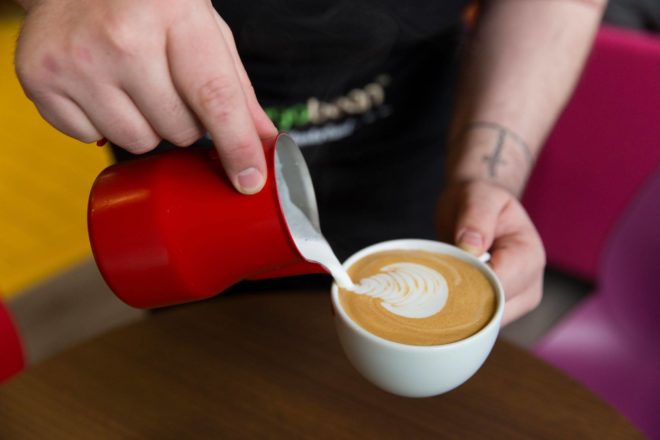 But this one wasn’t another fuzzy high-end yurt-flavoured bean grinder. Its advent was the Hi-Def realisation of a long-standing dream of newbie franchisee Rhys Davies, whose enthusiasm has since shone brightly on Sheffield’s righteous hot drink sippers.

Rhys tells me he chanced on the franchise idea while working for Dominoes as a store manager in his native Wales. ‘I came across Mangobean and immediately fell in love with the brand,’ he recalls. ‘Its fresh, vibrant style was unlike any other coffee shop on the high street.’ And his first encounter with Mangobean’s Head Honcho was to light the fuse of what turned out to be an uber-successful endeavour.

The Sheffield entrepreneur certainly cuts the mustard in terms of what the brand expects of its franchisees. Dedicated, hardworking and friendly, yes, but this Founding Father is more in tune with customers’ needs than most. High-end Americanos and spicy gingerbread flavoured coffees come at a competitive price. ‘And,’ says Rhys, ‘we are also rather quirky: we offer Free Cuddles to anyone who asks [Subject to Availability]. 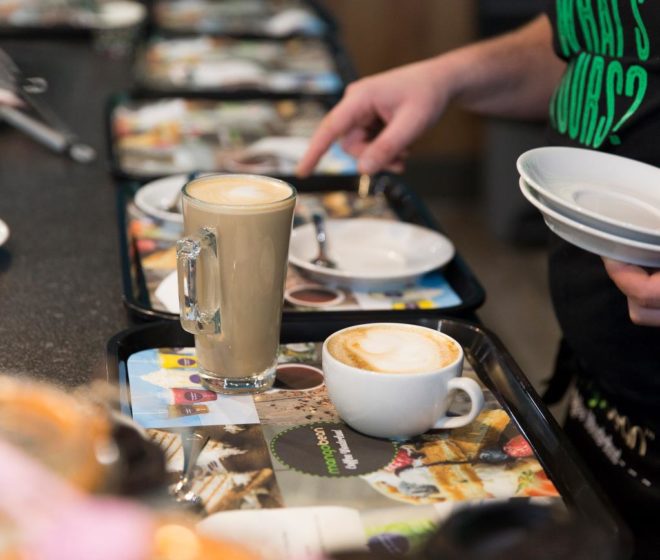 So what of the cuddle monster himself? The 28-year-old has since moved to Sheffield to be close to his enterprise (and on-tap flat whites with Salted Caramel syrup shots). He has kept close ties with his mum, nan, and partner who have supported him in his quest and in his spare time he’s an avid film buff, gamer, and foodie. He is amiable, forthright and has a glint in his eye when he talks about his business.

I ask Rhys who he thinks has influenced him the most on his journey to which he replies without hesitation his store manager Kevin. ‘He is a fantastic people person who really knows how to make people feel valued’, he says. ‘It is the main reason why I brought him on board. I learnt a lot from him and I guess I still am.’

Rhys sees himself opening another store in a few years, perhaps even a third; for in Sheffield at least there seems to be time and space to follow one’s dreams. ‘My aspirations for the future are to expand beyond this store and open in more locations in the Sheffield area’.

But for now, his place on Division Street has proven to be the perfect ladle furnace for Rhys’s catering wisdom. Here is mixed white-hot customer care with financial know-how from which can be cast steel-solid business ingots.

Production is, of course, already underway: ‘We have Fantastic Waffles that are made fresh to order. We use great quality Coffee 100% Arabica Beans. We have a good selection of milks and alternative milks such as Soya, Oat, and Almond. All of our products I am proud to serve. And a lot of them are included in our Meal Deals.’ 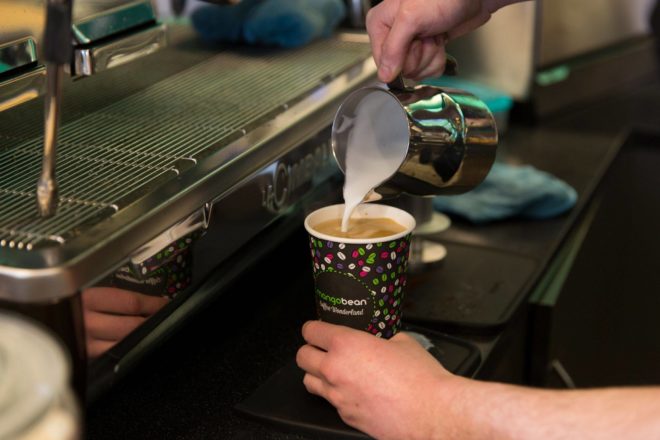 ‘But the best thing is yet to happen,’ Rhys adds. ‘We will be holding a Mental Health Charity stand-up comedy night in our store on the 28th May 2018. I think being able to support worthwhile charities that are close to my heart is the best thing.’

With his attitude, his clear plans for beyond and his undisputed massaging talents, Rhys is made (as is, if we’re honest, Mangobean’s franchise Up North). But don’t take my word for it. Pop into his emporium and say hello when you’re next passing through. Meet him and greet him, and then see for yourself how his brand of service is a winner.

Choose from glorious, un-resistible frappes, smoothies and ‘grab and go’ specialities. You won’t be disappointed. Nor will you leave with the feeling of being fleeced by a high-end coffee merchant.

If you are interested in attending Rhys’s Charity Stand-up Comedy Night in May or want to be kept up to speed with other future events you can find details on Mangobean Sheffield’s Snizl page as well as Facebook. Tickets are available in store too: yet another great reason to drop by.