You will probably have heard of Little Mix… if not how is that even possible? The iconic British girl band was formed in 2011 when Jade Thirlwall, Perrie Edwards, Leigh-Anne Pinnock and Jesy Nelson met after their X-Factor solo auditions. None of the girls made it past boot camp but in the end that didn’t matter; when they got together as Rhythmix they breathed serious life into the group competition.

Little Mix, as the group became known, was the first girl band ever to win. Not long after signing a recording contract with Simon Cowell the girls released their debut album called DNA. It may not have had an epic ring about it but DNA ended up in the Top 10 of no fewer than 10 countries around the world. It even rose to a higher position in the charts than did the Spice Girls’ Wannabe back in 1996. 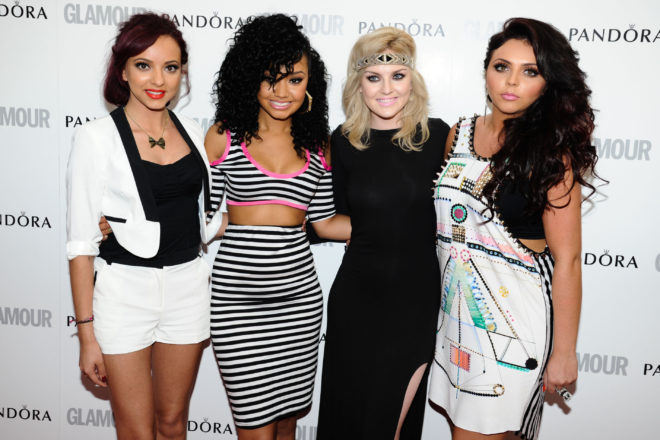 Seeing as we’re here you may be keen to know that the group are touring the UK this summer, and one of their performances will be at The 3aaa County Ground in Derby on Thursday 19 July 2018. They’ll be supported by the properly Hip-Hop boy band Rak-Su and the harmonious Australian trio Germein. Little Mix’s set will include some of their greatest hits including ‘Touch’, ‘Wings’ and ‘Shout Out to My Ex.’

In 2013 the group released a second adrenalin-charged album under Cowell’s Syco label. ‘Salute’ turned out to be another huge success, débuting in the Top 10 of both the UK and US album charts. The album also rendered two uber-popular UK top 10 singles ‘Move’ and ‘Salute’ (the latter Digital Spy said came with a “Blitzkrieg siren and fierce attitude on female empowerment”). 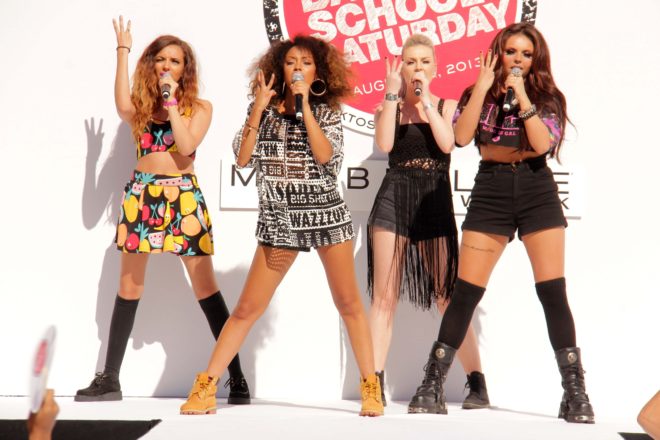 The group’s third album ‘Get Weird’ yielded more brilliant singles and ‘Glory Days’ (the fourth power surge) released in 2016 became their first number one album in the UK. In fact, it stayed at number one longer than had any other girl group’s album since Wannabe. What bigger compliment is there? The album’s lead single ‘Shout Out to My Ex’ also won Best British Single at the 2017 Brit Awards. 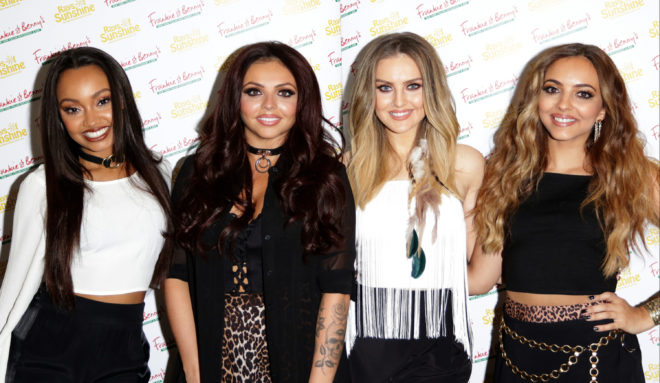 Supporting Little Mix on tour is Rak-Su: a four-piece boy band from Watford that won X-Factor in 2017. Rak-Su was not only the first boy band to win the competition but also the first ever act to have had three of its singles (including ‘Mona Lisa’ and ‘I’m Feeling You’) in the UK iTunes chart while the boys were still competing on the show.

The three sisters that make up Australian indie-pop band Germein are according to the band’s website influenced by artists such as Haim, Chvrches and Tegan & Sara. Since coming together in 2012, Georgia, Ella and Clara Germein have pounded overseas charts and performed all over the world taking in events such as the Women Of The World festival.

For a chance to win two tickets to see Little Mix on the Summer Hits Tour and to take in the awesome talents of Rak-Su and Germein, visit Derbyshire County Cricket Club’s Snizl page and click ‘Enter’. Good luck! No need to work it out, it’s so familiar, oh, oh, oh…