The Terracotta Army is returning to the UK next year at Liverpool Museum. The famous army is surrounded by mystery since their discovery in 1974. They interest many people with their history and amazing detail of every soldier.

The Terracotta Army is a collection of sculptures of the army of the first Emperor of China. This stone army was made over 2000 years ago. These were meant to protect the emperor in his afterlife. These contain around 9000 statues including regular soldiers that differ in height depending on their rank as well as horses, chariots and 150 cavalry horses.

As well as an army the emperor also had entertainers such as acrobats, strongmen and musicians made into sculptures. These would entertain him in the afterlife. 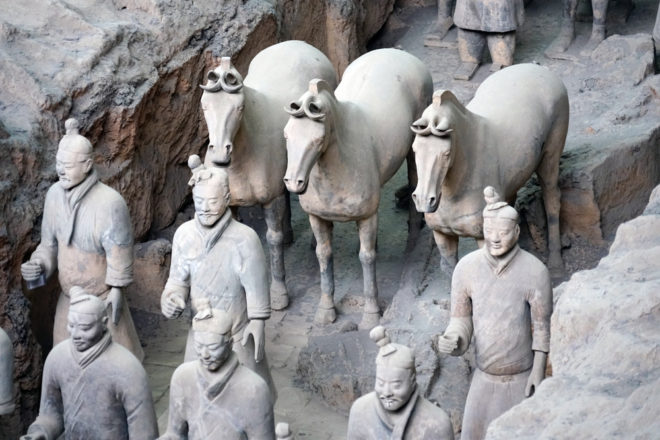 These warriors began to be made when the Emperor Qhi Shi Huang first came into power. They were made by over 700,000 workers which was an extremely large amount in that era. The emperor was buried in Mount Li with many wondrous objects and artefacts.

The warriors were buried nearby to protect the emperor and to stop any enemy from getting to the emperor in the afterlife. They were then dug up in 1974 by a Chinese farmer east of the emperor’s tomb.

These prompted a large search of the area and several pits were found around this area with many being found east of the tomb. The first pit contained over 6000 statues and as more were dug up more statues were found. There was also one pit that was completely empty.

This was a huge discovery and shed some light on the history of China with many people coming to see these amazing statues. However, statues began to tour the world in the 1980s after the statues had been looked at and inspected by historians. 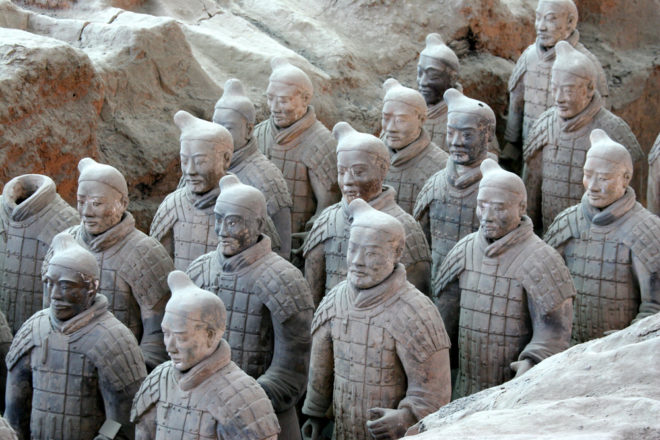 Return to the UK

The last time these warriors were in the UK outside of London was in Edinburgh all the way back in 1985. Karen Bradley MP announced the exhibition whilst visiting the tomb of the emperor. It is a giant exhibition and tickets are expected to sell out straight away.

To get tickets for this amazing event follow the link below however remember they will sell fast: https://www.snizl.com/gb/merseyside/liverpool/museum-of-liverpool/events/terracotta-army-exhibition