What is more habit-forming than lazing on a sunny afternoon and sipping at an ice cold beer? Beer is how we define ourselves. Beer spikes the senses: senses which would otherwise be dumbed down by a cup of tea.

Back in the days of stale and filthy drinking water, beer was considered the ideal substitute and was drunk by people of all ages. It is packed with so many nutrients that monks would even drink beer throughout Lent.

Today beer is a unifier and a national pastime; it is one of the markers of a culture and is heartily enjoyed as much as it ever was. Read on to learn of 20 reasons why especially we Brits love our beer… 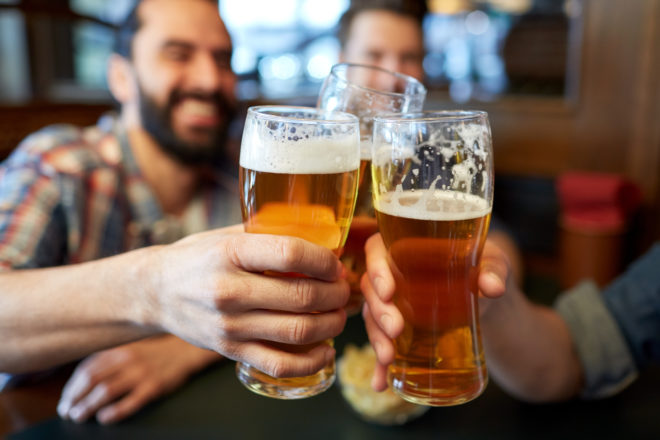 1  It is a mildly intoxicating drug

Most beers contain only 4.2–5.5% of alcohol. But after one or two pints we’ll get a half-decent buzz and maybe a lovely drift off.

To buy a round of beers and toast a hard-fought day brings us closer to our fellow man (or woman). That’s the reason pubs have played such a huge part in our history.

3  Beer is good for your heart

OK, within reason! One pint a day, experts say, will keep the doctor at bay and leave us 42 per cent less likely to have a coronary. Which is nice.

But it’s also very German and the French and Spanish do a couple of very good lines. You only need to ask Jed Davies at Contain-a-Bar . The point is: it’s a cultural identifier, and we love our beer.

5  Beer is good for your bones

Aha! A study back in 2009 led to the conclusion that beer can actually increase the density of our bones.

6  Beer reduces the risk of diabetes 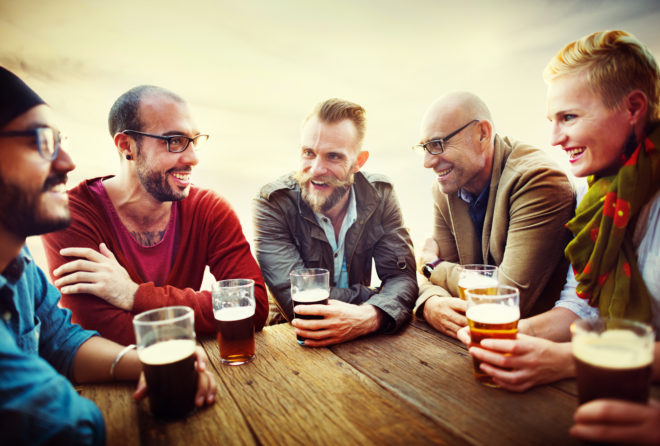 7  A meeting of minds

Actually bravery, strategy and comradeship win wars, but during the Second World War Prime Minister Churchill arranged for every solider on the front line to have eight pints of beer a week. Which helped.

9  It tastes and smells great

Beer yeasts give off fruity smells which makes the finished product all the more palatable. And a great taste has other positive effects…see number ‘16’ of our list.

Again in moderation, alcohol consumption reduces stress and anxiety, according to research. Obviously, don’t overdo it.

Hot day, cold beer, light flavour and gentle bubbles. Really and truly, is there anything finer?

Although beer dehydrates, it has more nutrients by volume than water. A Spanish study discovered that athletes recovered slightly faster with a cold beer inside them than with water.

Sumerians, Chinese, Egyptians, Romans. You name it. We’ve all been drinking beer for ages.

A study by the University of Graz concluded that a drink of beer removes thoughts which block creativity.

16  Its taste releases more dopamine than a sports drink

A study showed that just the taste of beer releases more feel-good chemicals into the brain than a drink such as Gatorade.

Despite successive UK governments’ efforts to raise taxes on the national drink the cost of beer is still widely regarded as being within the means of the Everyman. Result.

OK it’s an American study but we like its conclusion: ‘moderate beer drinkers were 19 per cent less likely to die during a given time period’.

19  It protects against Alzheimer’s disease

Don’t celebrate this news with ten pints at your local. Moderate doses of beer have been said to protect the brain against degenerative disorders.

We’re not cheating when we talk about a famous Irish dry stout having less calories by volume than skimmed milk. Those, people, are the facts. 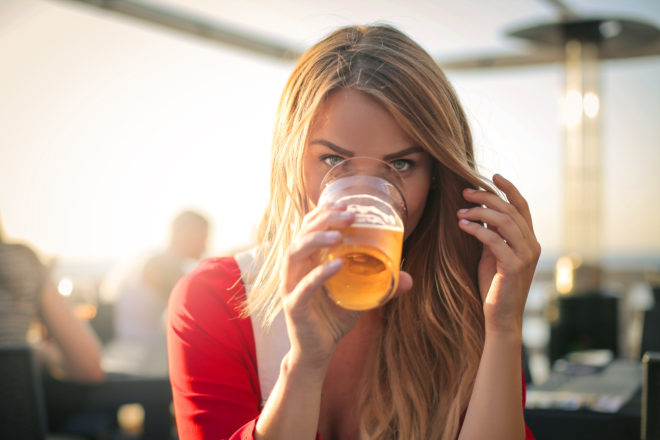 If all this talk of beer is making you thirsty why not head on down to your local pub; alternatively take a look at these excellent online Beer Shops